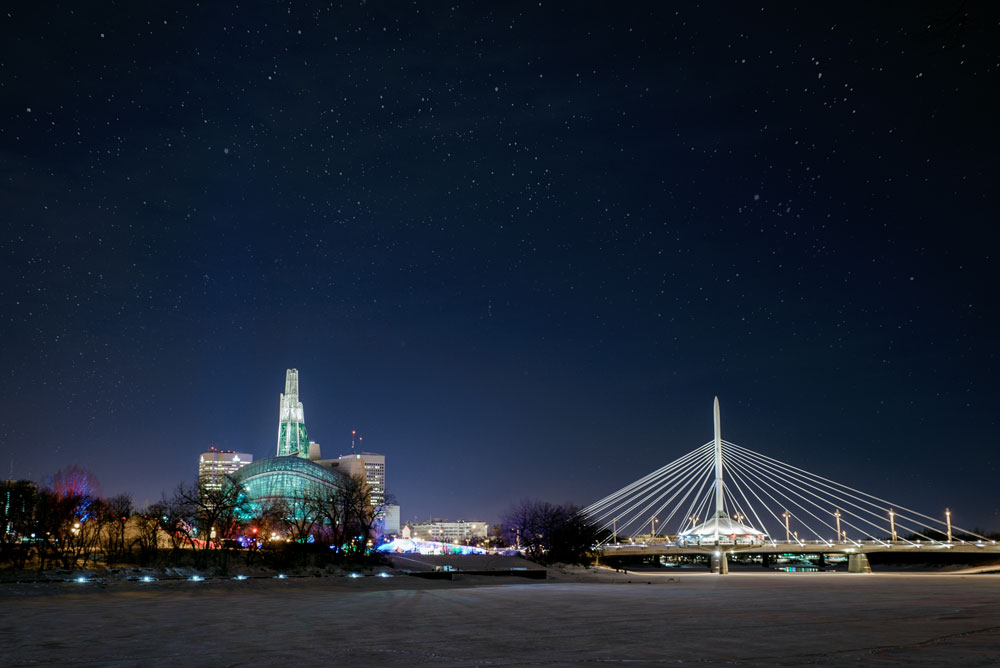 The history of the Canadian Museum for Human Rights

The Canadian Museum for Human Rights was first envisioned in 2000 by Israel Asper and plans for its construction were announced in 2003. Winnipeg is at the heart of Canada and near its longitudinal center. It is located at The Forks, the confluence of the Assiniboine and Red rivers, historically an important place for Indigenous people.

Israel Asper passed away only six months after the museum’s announcement, but the Friends of the Canadian Museum for Human Rights and his family continued his legacy. Entries from 63 firms in 21 countries competed for the project in 2003 and it was awarded to Architect Antoine Predock.

In 2008, the Museums Act was modified to include the Canadian Museum for Human Rights as the only national museum outside of the Ottawa region and the first new one in over 40 years. Before construction began, Elders and archeologists recovered over 400,000 artifacts at The Forks. Museum design firm Ralph Appelbaum Associates joined the research team to create the best visitor experience.

Construction took place from 2008-2012, with the ground-breaking ceremony taking place on December 19, 2008. Consultation with the public took place from 2009-2010 and showed that Canadians wanted the focus to be current human rights issues and Canada’s part in them.

The cornerstone of the Museum was unveiled by Her Majesty Queen Elizabeth II. It is a stone she chose from the field where the Magna Carta was sealed in 1215 - Runnymede. A message from the Queen was inscribed in the stone and it was covered in Manitoba Tyndall stone.

The architecture of the Canadian Museum for Human Rights

Known for its stunning architecture, the Canadian Museum for Human Rights was inspired by Canada’s natural beauty. Architect Antoine Predock was inspired by grasslands, mountains, trees, water, icebergs, snow, sky, and northern lights and has said the building is “carved into the earth and dissolving into the sky.”

Antoine Predock has won several prestigious awards and is renowned for bringing regional identity into his designs and using them to show how people can interact with each other, nature, technology, and buildings.

Because human rights and the environment are connected, the building was designed to be as green as possible, both during construction and when in operation, and meets the standards for Leadership in Energy and Environmental Design (LEED) certification.

The beautiful, modern, and unique building symbolizes the struggle of working towards human rights for everyone. It is meant to represent unifying ideas like freedom, dignity, equality, and inclusion. The design lets visitors progress on an upward journey from the ground to the sky and from darkness into light, a metaphor for the road towards human rights for all.

A symbol of a brighter future

As we move forward from this challenging year during which physical and ideological distance have been felt intensely across the world, the values of diversity, inclusion, and human rights are more important than ever. We must focus on moving forward into a brighter future that is conducive to freedom, dignity, and equality for all, both as individuals and as a society.