Why do we honour Louis Riel Day in Manitoba? 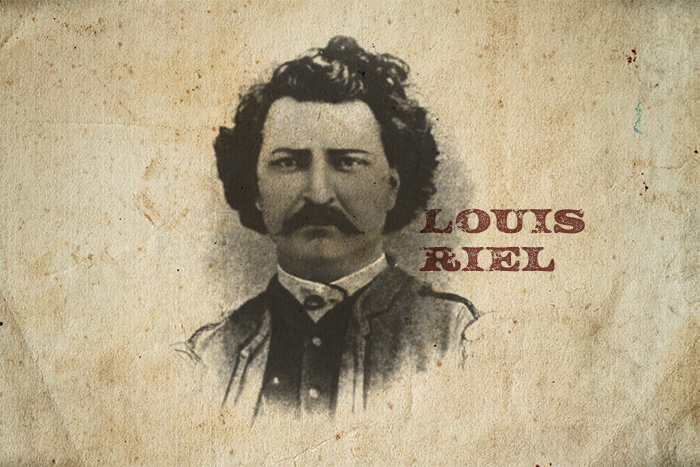 Louis Riel was a politician who represented the interests of the Metis people. Louis Riel Day takes place on the 3rd Monday in February in Manitoba and commemorates his life. It is an opportunity for families to spend time together or learn about Metis culture.

In 2007, the Manitoba government introduced a holiday in February to break up the long stretch of time after New Year’s Day and before Good Friday. Children participated in a competition to name the holiday and Louis Riel Day won. The first Louis Riel day was in 2008 and it takes place on the same day as Family Day does in other provinces.

Some parts of Canada observe Louis Riel Day on November 16, the anniversary of his execution.

Who was Louis Riel?

Louis Riel was a leader to the Metis and on March 10, 1992, parliament passed a resolution stating that he was the Founder of Manitoba. He led two uprisings against the Canadian government under Prime Minister John A. Macdonald and spent part of his life in exile in the US.

Louis Riel led the 1869-70 Red River Resistance and was involved in drafting the List of Rights which was the core of the Manitoba Act. The provisional government he established set the terms under which Manitoba joined the Canadian Confederation. He ordered the execution of Thomas Scott for interfering with the provisional government and went to the US to avoid prosecution. He was elected as a member of the House of Commons but never took his seat because he feared for his life.

In 1884 Saskatchewan Metis leaders called upon Louis Riel for help resolving rights issues with the Canadian government. This led to the North-West Rebellion in 1885. He was defeated during the Battle of Batoche, imprisoned in Regina, and convicted of high treason. There were protests and the jury called for clemency but he was executed.

French Canadians saw Louis Riel as a hero and his execution had a negative impact on the country. It led to polarization and the marginalization of the Metis and alienation of the Francophones. Louis Riel’s reputation was that of a rebel and religious fanatic but he is now honoured as a supporter of multiculturalism in Canada.

There are two statues of Louis Riel in Winnipeg. The statue that was created by sculptor Marcien Lemay and architect Etienne Gaboury in 1970 was on the grounds of the Legislative Assembly of Manitoba for 23 years. It was moved to the College Universitaire de Saint-Boniface because of outcry from the Metis community about its depiction of Louis Riel as naked and tortured. In 1994 it was replaced by a statue of Louis Riel as a dignified statesman which was created by Miguel Joyal.

Manitoba, Ontario and Saskatchewan commemorate Louis Riel by naming schools, buildings, highways, and streets after him.

Louis Riel was an advocate not only for the Metis people but for the rights of minorities and a culture that embraces all people and this is celebrated on Louis Riel Day.